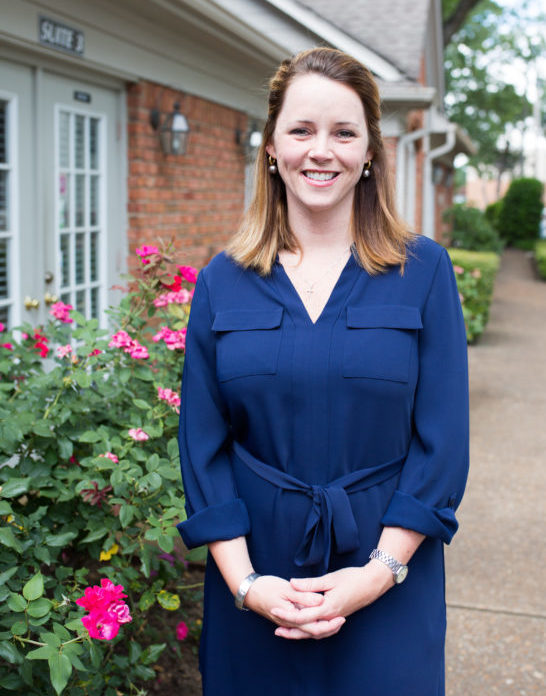 I was born and raised in Tupelo, Mississippi. As the youngest of four children (and the only daughter), I learned quickly to negotiate, deal with conflict, and defend my point of view. At age 16, I moved to western Massachusetts to attend boarding school at the Berkshire School. After I graduated in 1993, I attended Vanderbilt University, and I received a degree in Human & Organizational Development in 1997.

From 1997 until 2002, I lived in Boston, Massachusetts, and worked in the financial industry. In 2002, I returned to the South to attend law school at Ole Miss. In 2005, I moved to Memphis where I began practicing family law.

Since 2005, my family law practice has included divorce, child custody, child support, mediation, prenuptial agreements, dependency and neglect, parentage, adoption, parenting plans, and conservatorships. In both Tennessee and Mississippi, I have practiced in multiple courts and multiple counties. I have participated in appeals in both states as well.

I practice family law because I want to help people navigate through what is often an incredibly difficult time. As a child of divorce, I understand the stress and fear involved in the separation of families. As a mother, I deeply comprehend the importance of children’s needs and how they are affected by parenting. My goal is to utilize my legal experience to reduce the anxiety and frustration that may be felt by my clients. I vigorously defend my clients while seeking a result, either in or out of court, that will help my clients reach closure and/or move forward in the best way possible in their family situation.